Thanks to everyone who attended this year's Outlook conferences. You will receive your conference report, with highlights of the presentations in all four locations, by the end of November.

A revival of the softwood lumber dispute and a renegotiation of the North American Free Trade Agreement raise concerns about Canada’s access to its biggest export market. Yet a major trade deal with the EU has just come into force, and Canada has begun exploratory discussions for a possible free trade agreement with China, Atlantic Canada’s largest export destination after the US. And, on the domestic front, the new Canadian Free Trade Agreement took effect July 1, aimed at liberalizing Canada’s internal market. What are the implications of these developments for Atlantic Canadian companies?

In a rapidly changing business environment, this morning-only conference will focus on identifying the best opportunities at home and abroad, and the strategies needed for success. 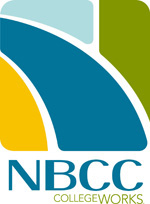