Atlantic Labour Market Shows Signs of Life in May
based on Labour Force Survey, May 2020

The May job report released today shows an increase of 38,000 Atlantic jobs since April. This is an important sign that the worst of the job losses are behind us and that recovery has begun. This data is from the week of May 10-16 when all Atlantic provinces except Nova Scotia were starting to open back up. Employment was up 4% in May, and hours worked increased by 18% from April levels.

*The labour underutilization rate includes workers who are unemployed, those who are still employed but lost all or the majority of their usual work hours, and those who are not in the labour force but want a job and did not look for one. 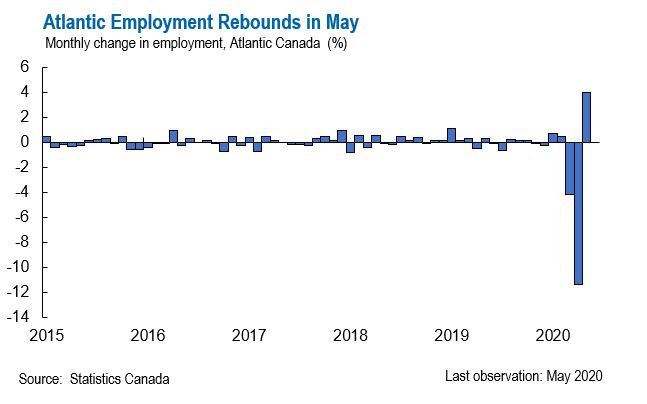 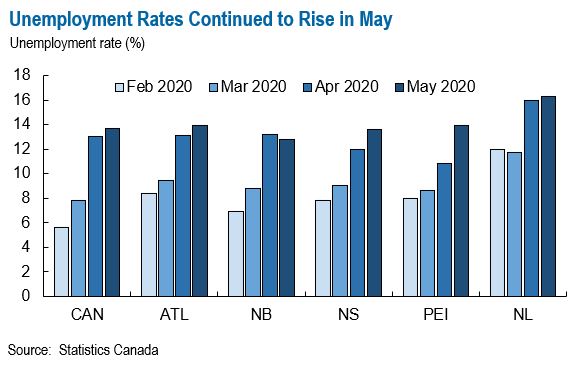 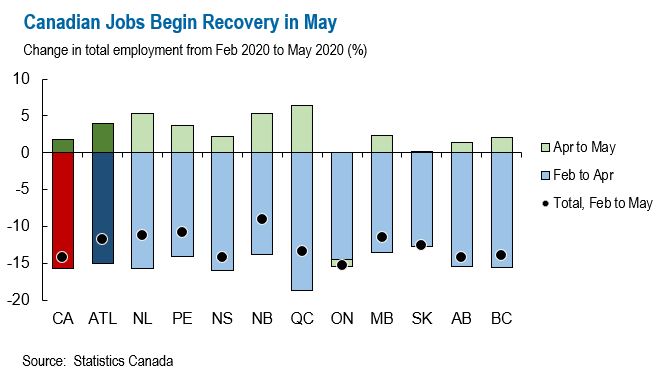 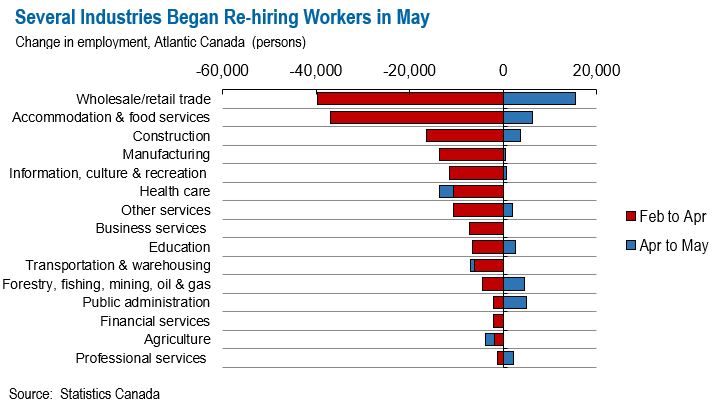 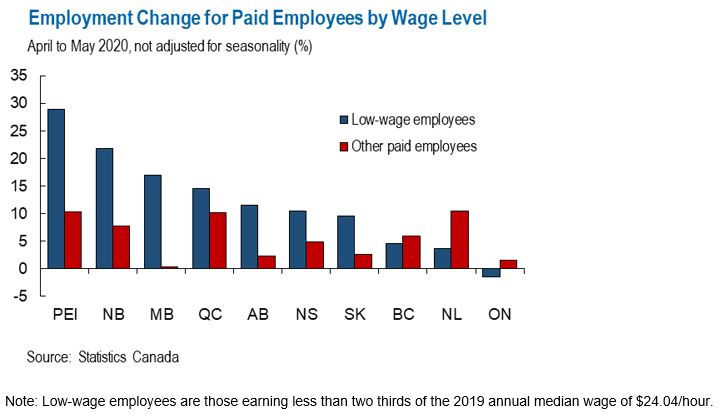 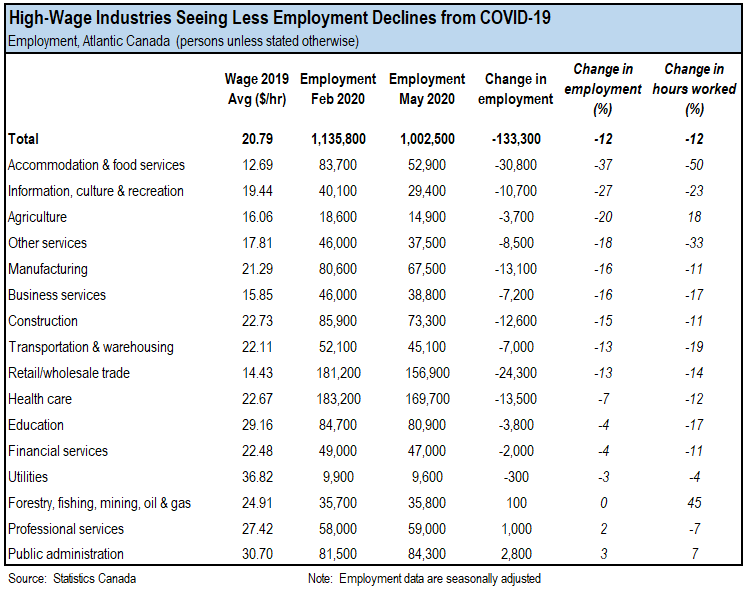 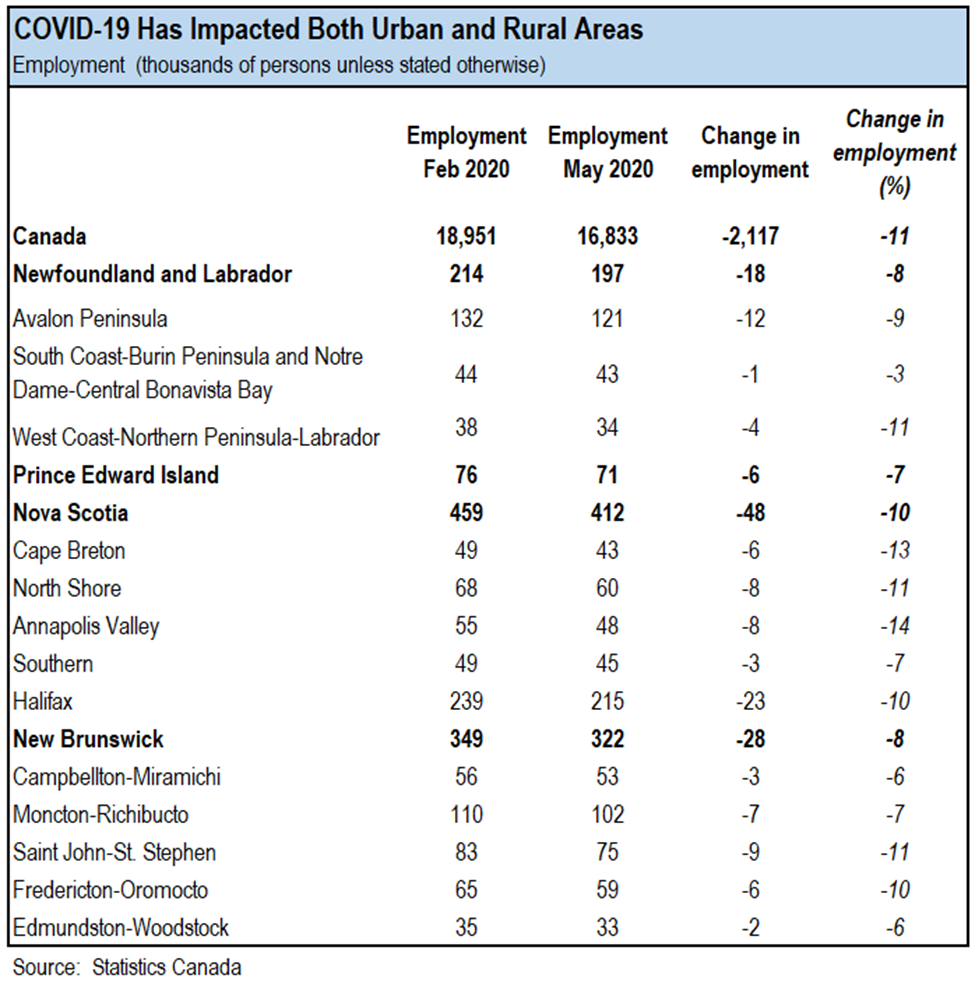 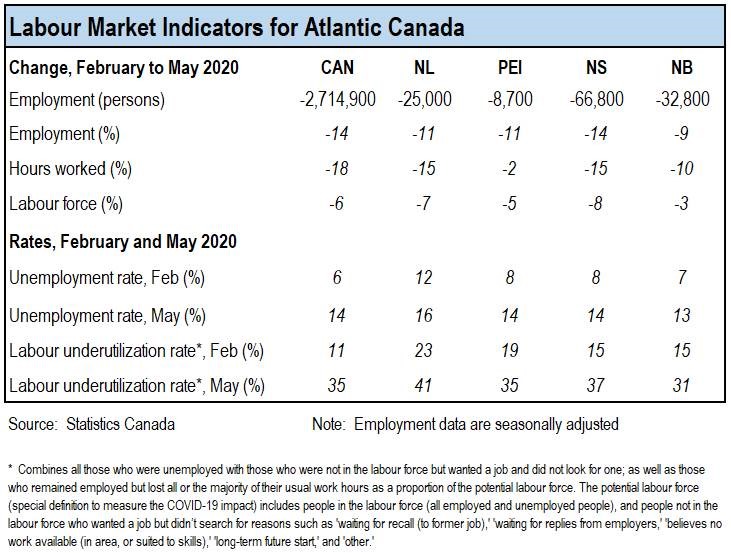