The first official labour market data shows significant impacts of COVID-19 in Atlantic Canada with job losses and reduced hours while other individuals may still be on payroll but not able to work as their workplace is shut down. The reference week (March 15 – 21) occurred as various measures to restrict travel and social interactions were being put in place. As a result, the full picture may not be apparent until April data are available, although the proposed federal government wage subsidy will lead to some laid off individuals being hired back. 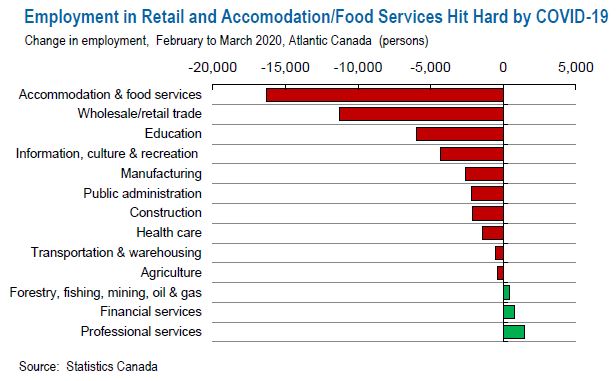 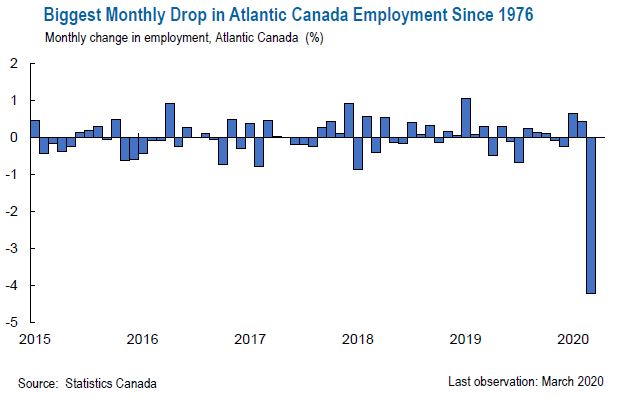 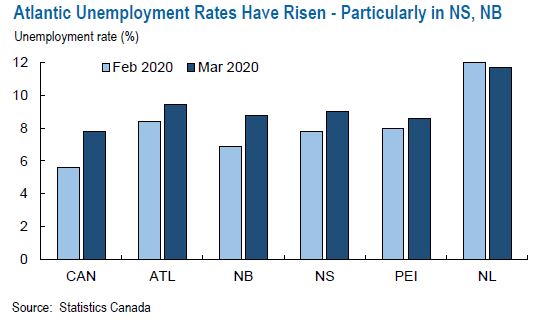