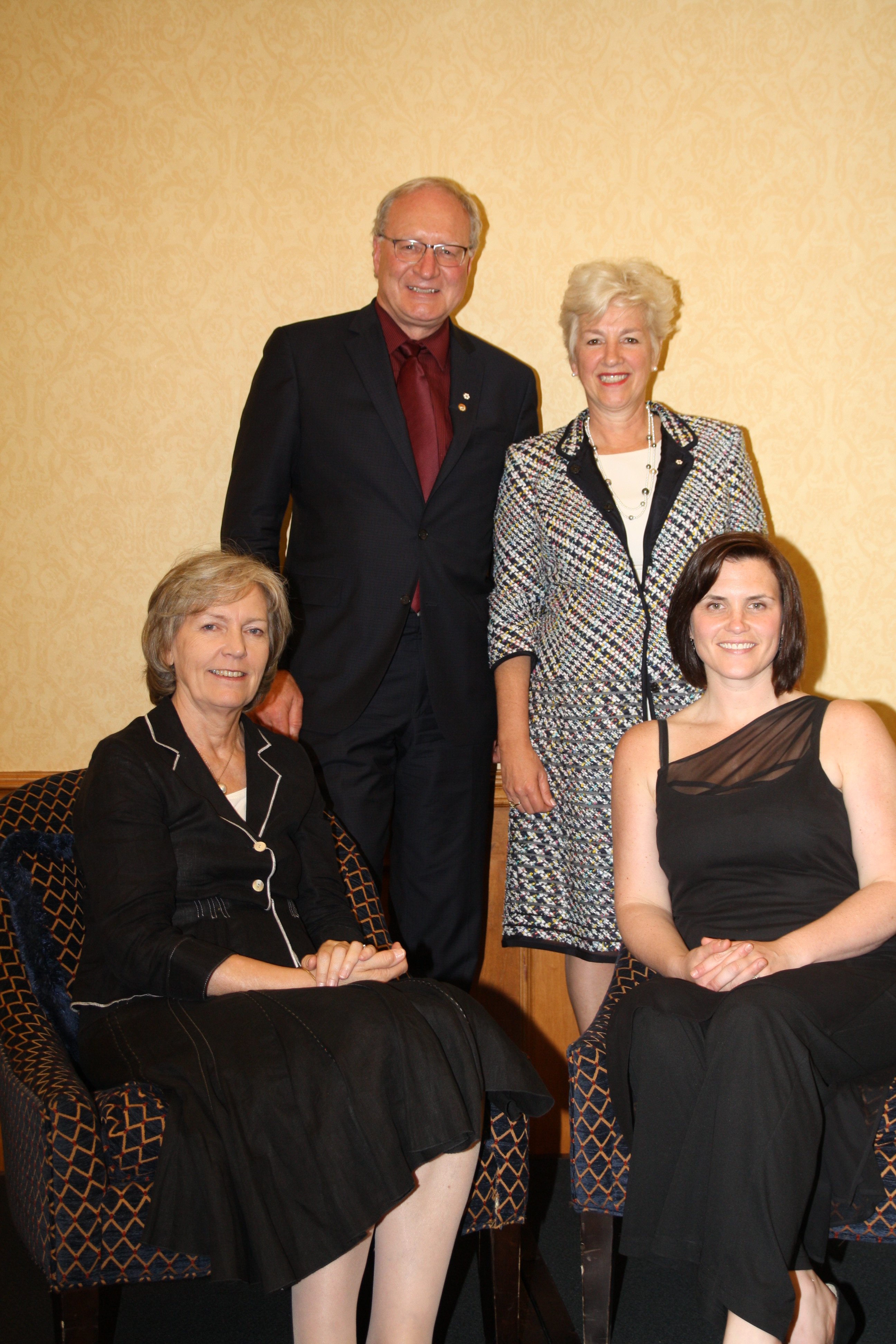 It may have been a retirement party of sorts, but Unplugged: Conversations with Elizabeth Beale had the audience fired up and ready to tackle the big issues challenging Atlantic Canadian households.

The outgoing CEO of the Atlantic Provinces Economic Council interviewed three regional leaders about issues of shared concern, questioning them in  talk show format about why issues like climate change, and the creative economy  just don't seem to get on the public radar.

Julia Rivard, a Senior Partner with Norex, was unabashedly optimistic about the future in the region. She said her training as an Olympic kayaker taught her the only limits on an individual are ones they put on themselves. She said that analogy applies to businesses and economies.

A supporter of many of the recommendations made in the recent Ivany Report on the Nova Scotia economy, she takes issue with the reports title Now or Never.

"There's only now. Never is not an option. This is the time for action."

The action doesn't need to be huge and all encompassing. She's a fan of little decisions that add up to something big over time.

If you take a big leap and fail, that's a big deal. If you take little steps and succeed some of the time, you'll look back in 10 years and be impressed with how far you've come," she said.

Annette Verschuren, CEO with NRStor Inc., agreed barriers are usually self-imposed but there are still times she walks into corporate board rooms and finds she is the only woman in the room.

She told Elizabeth entrepreneurship is in her blood, and she came to lead a carbon storage business based on the environmental leadership roles she held while at Home Depot Canada.

She's optimistic about the opportunities in the renewable field - from battery solutions to wind turbines- and believes with Nova Scotia's educational cluster to leverage, the province has a bright future. It would be a mistake, however,  for people to count on the federal or provincial governments to help promote a good idea. "Forget about them," she said with considerable enthusiasm.

"Don't sweat the little stuff. Take risks. Failure will help you become stronger. Step up," she urged the audience.

Canada's newest Premier, Wade MacLauchlan of Prince Edward Island, said he has established a good rapport with the other Atlantic premiers and the possibility of meaningful regional cooperation was better than it had been in many years.

A former dean of law at the University of New Brunswick, and immediate past president of the University of PEI, MacLauchlan said "he was making a mess of retirement" but entered politics to bring change to the island to which he and his family have been strongly attached.

He said diversity is still an untapped asset, there needs to be more mentorship and every roadblock is an opportunity to identify a shortcoming that needs to be worked around or moved through.

During his time as Premier, he says he hopes to inspire Islanders to think about what they can sell to the world and what they can buy from their neighbours.

In her closing remarks, Beale spoke about her love of APEC and the important work it has done over the years. She noted she will be carrying on with different projects, like participation of Canada's Ecofiscal Commission,  and urged others in the audience facing retirement to stay connected.

"I have had a unique vantage point from which to view the region," she said. " I feel enormously positive and only gets annoyed when I see the potential for the region missed."

Action is still required to help find a more equitable distribution of benefits. "You have an obligation to be involved and stay involved. You cannot just go off and play golf," she said.

Early in the evening Tom Hayes of Growthworks and Dr. Rob Greenwood offered tributes to Beale outlining her service to the region. 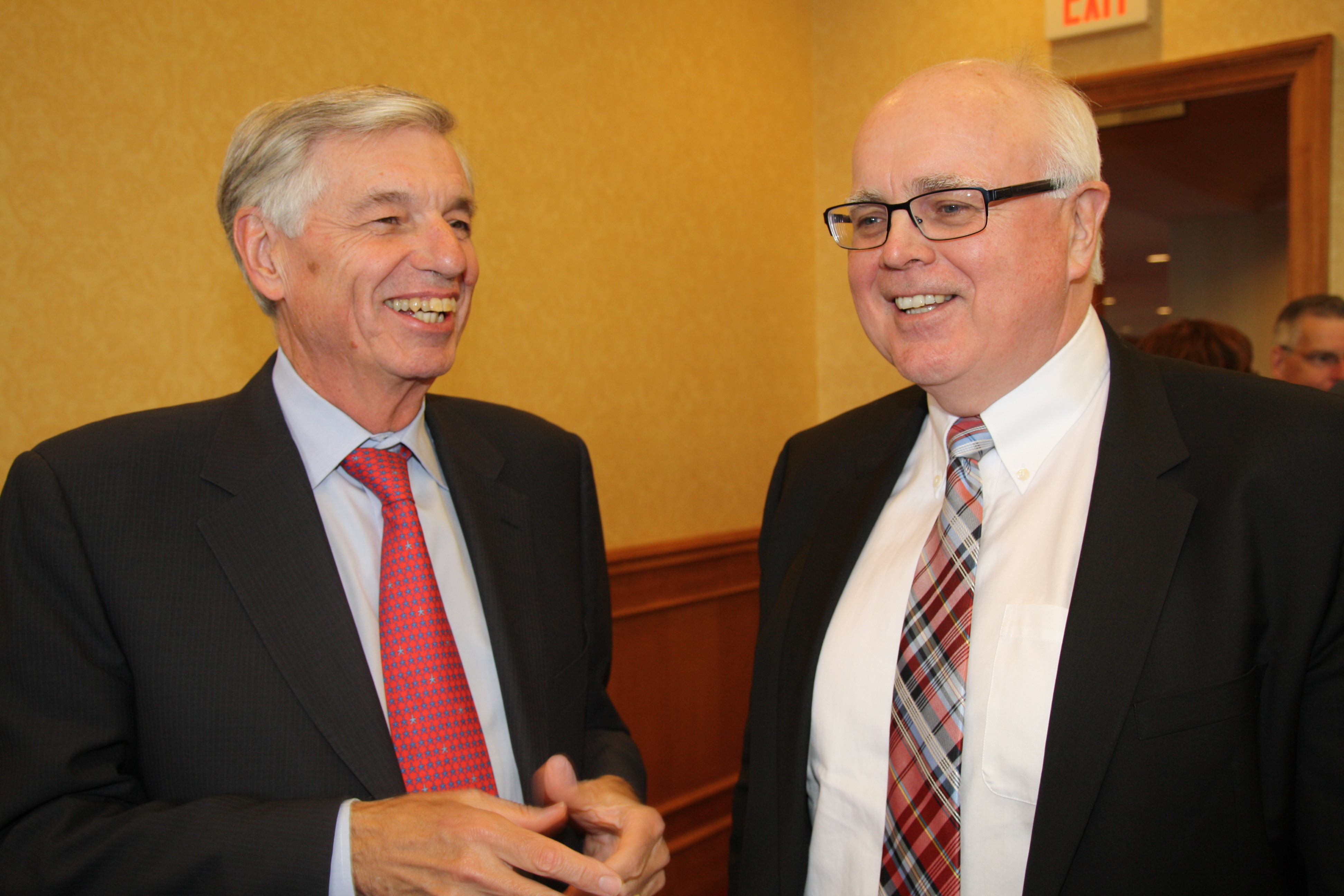 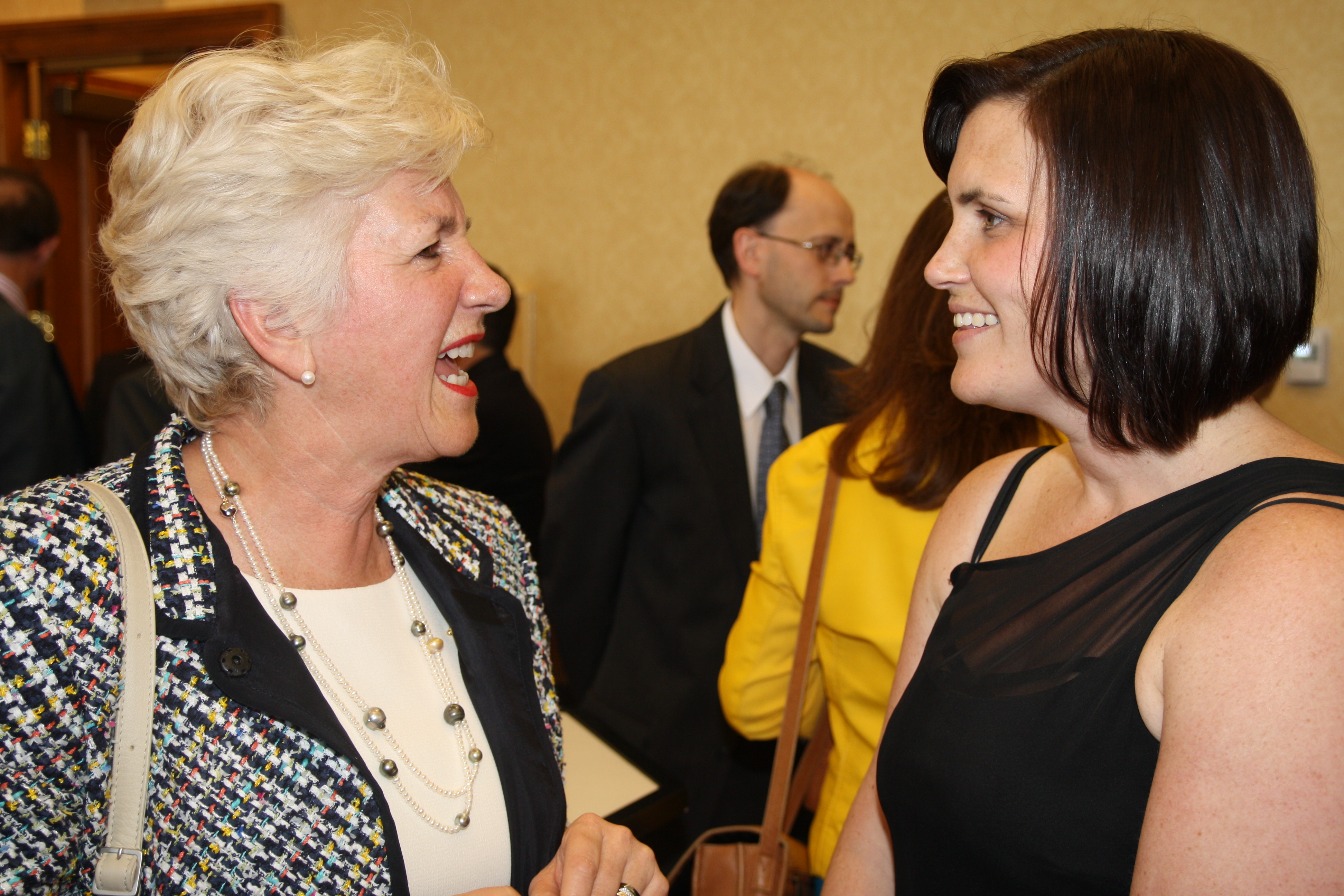 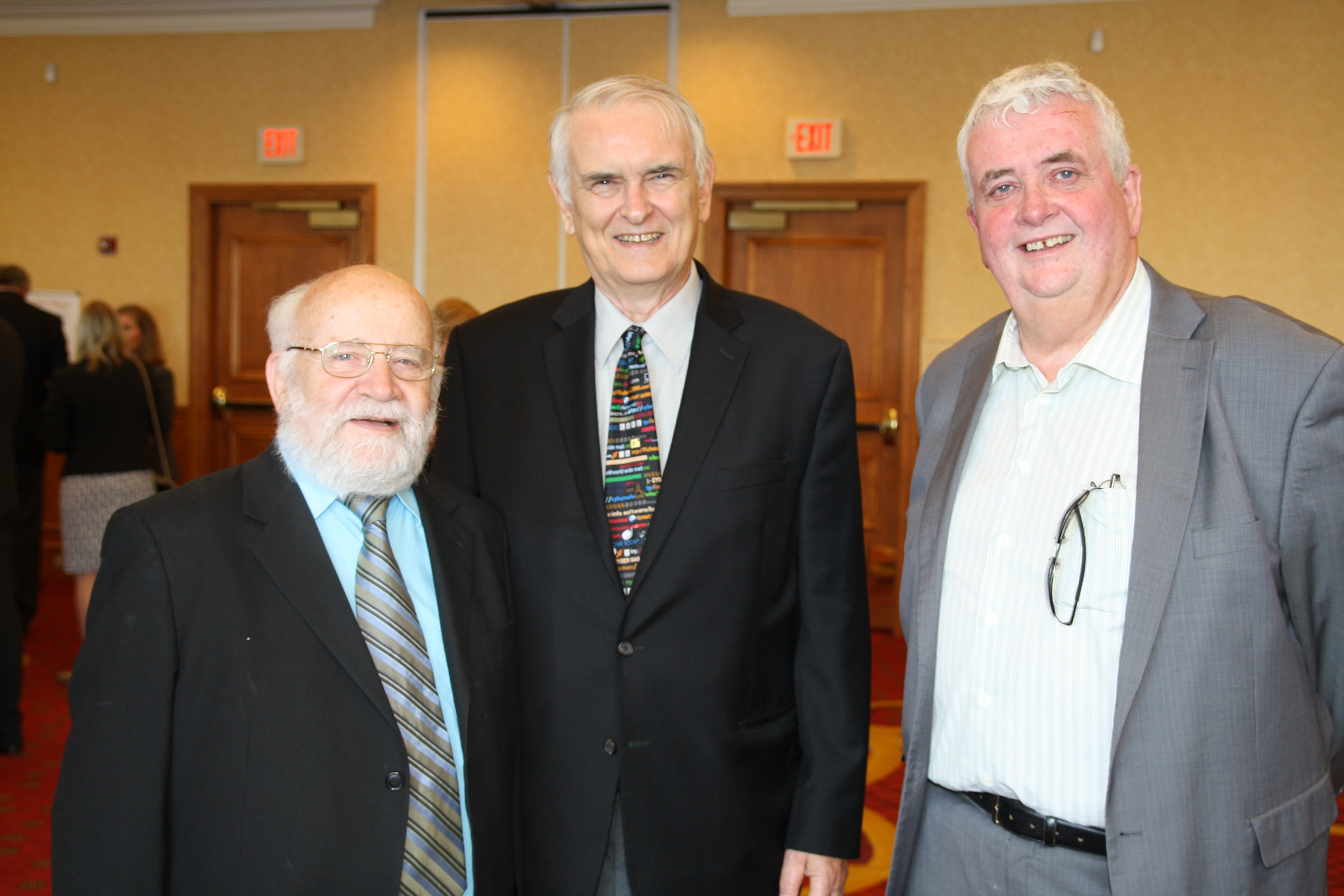