The Atlantic Provinces Economic Council (APEC) and Canada’s Ecofiscal Commission held a joint meeting in Halifax June 5 to discuss the challenges and opportunities around carbon pricing in Atlantic Canada. About 80 people from a cross section of business, non-governmental organization and government gathered to engage in this dialogue. 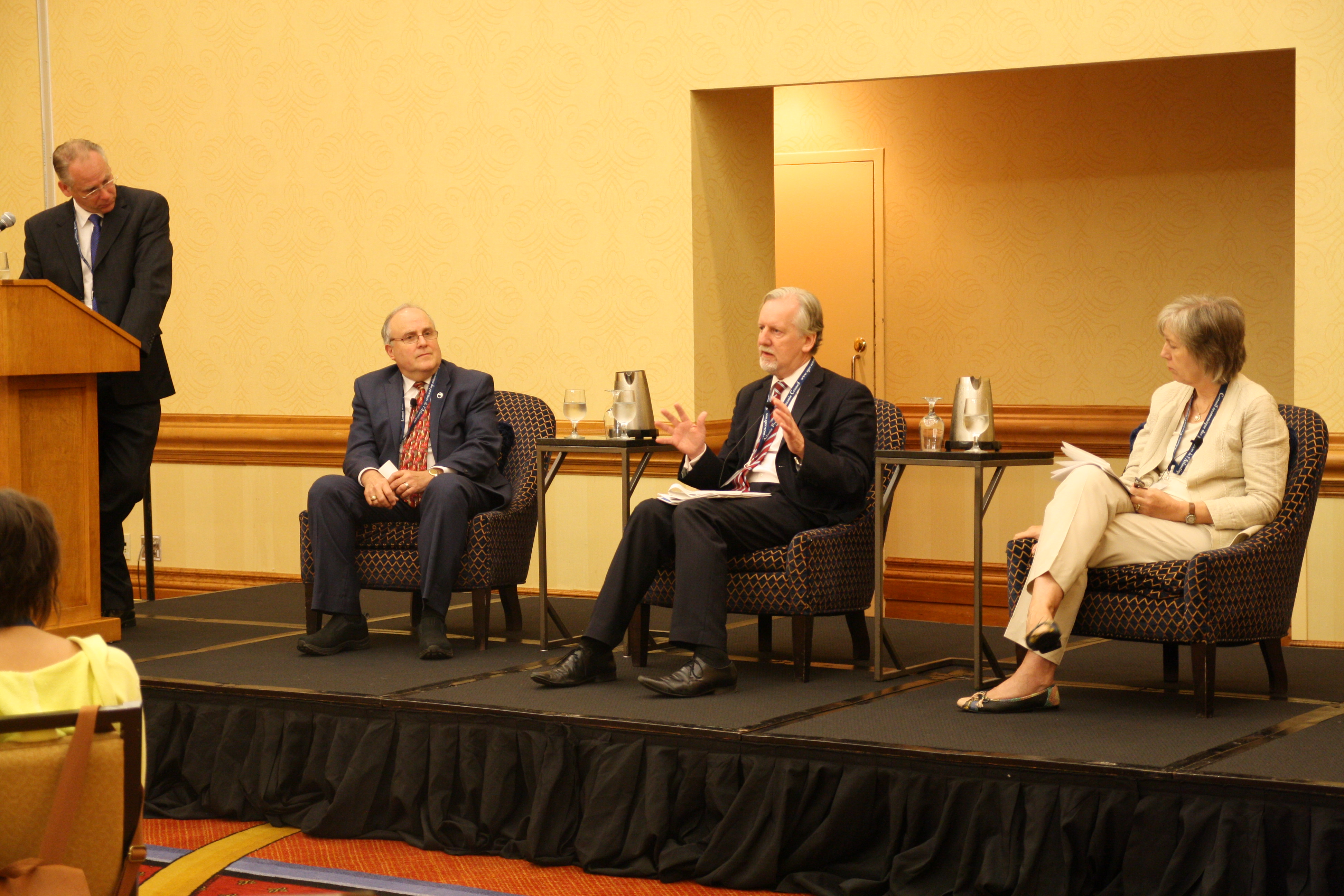 Ms. Beale noted her interest in the subject evolved from 20 years of studying the evolving energy sector in the region. She made it clear she believes more stringent action is required to address climate change and she is frustrated by efforts that hamper efforts to meet our climate change objectives.

She joined the Ecofiscal Commission because she saw it as an initiative that was moving the discussion forward, she said, adding she was pleased to see a panel discussion in Nova Scotia where the issue has yet to emerge as a political or policy priority.

Mr. Ragan recapped some of the community conversations from across the country that preceded the Halifax meeting. He noted that while the concept of carbon pricing sounds the same in every area, when you get down to implementation, the conversations are very different. In Ontario the concerns are about manufacturing and in the West, the discussions were about and a focus on ensuring low income families are not put at risk.

The Ecofiscal Commission is suggesting a “midway conversation” and Mr. Ragan put forward three realities that need to be considered.

Where are we today: Elizabeth Beale 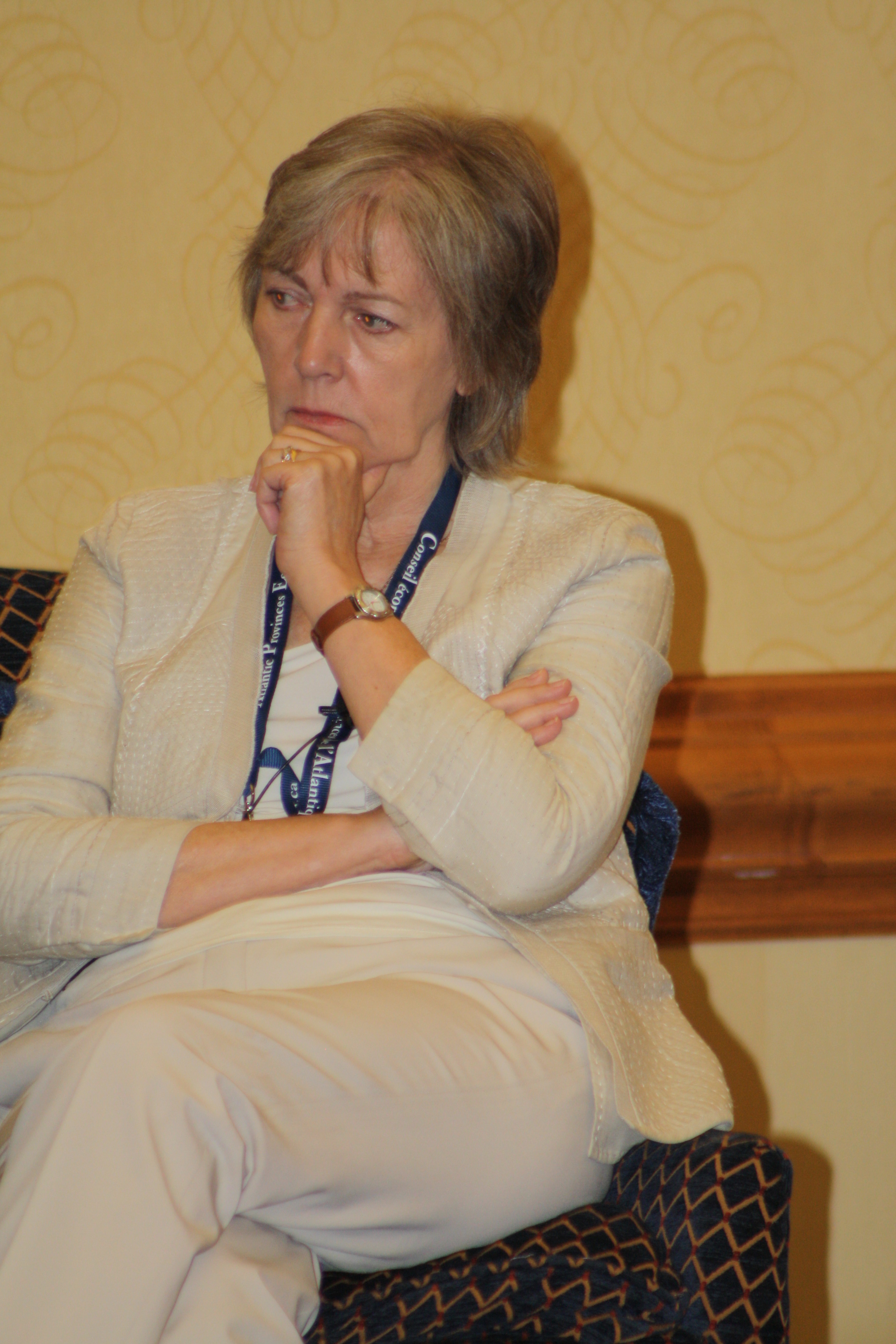 Atlantic Canada has made great strides at meeting its renewable energy targets for 2015, unlike some other parts of the country. The 2020 goals are achievable with the continued commitment to renewables including the addition of the Muskrat Falls hydroelectric project.

She cautioned the region’s ability to meet the goals are not all about sustainability and strategic management. They have been partly achieved due a huge erosion of the area’s manufacturing base, especially in the forestry sector. A carbon price could put greater pressure on industries that are already struggling.

With 50 per cent of emissions coming from electric power, she said power customers, already facing nationally high rates, will be challenged to take on a further burden.

One of the biggest challenges facing governments, she said, will be to determine how the revenues from any carbon tax initiative will be spent. Does it go into urban renewal to support the growth in the cities? Is it used to streamline corporate income tax and protect manufacturing that will be hit by higher costs? Or does it help cushion the burden of higher power rates.

“There are no easy solutions, but that’s not an excuse for not moving ahead,” she said.

Getting political consensus will be difficult, she concluded. The divisive fracking debate has made politicians nervous, but they might be persuaded to enter a discussion if they first commissioned an independent study to evaluate risks and explore opportunities

David Wheeler: The intellectual debate has already been won 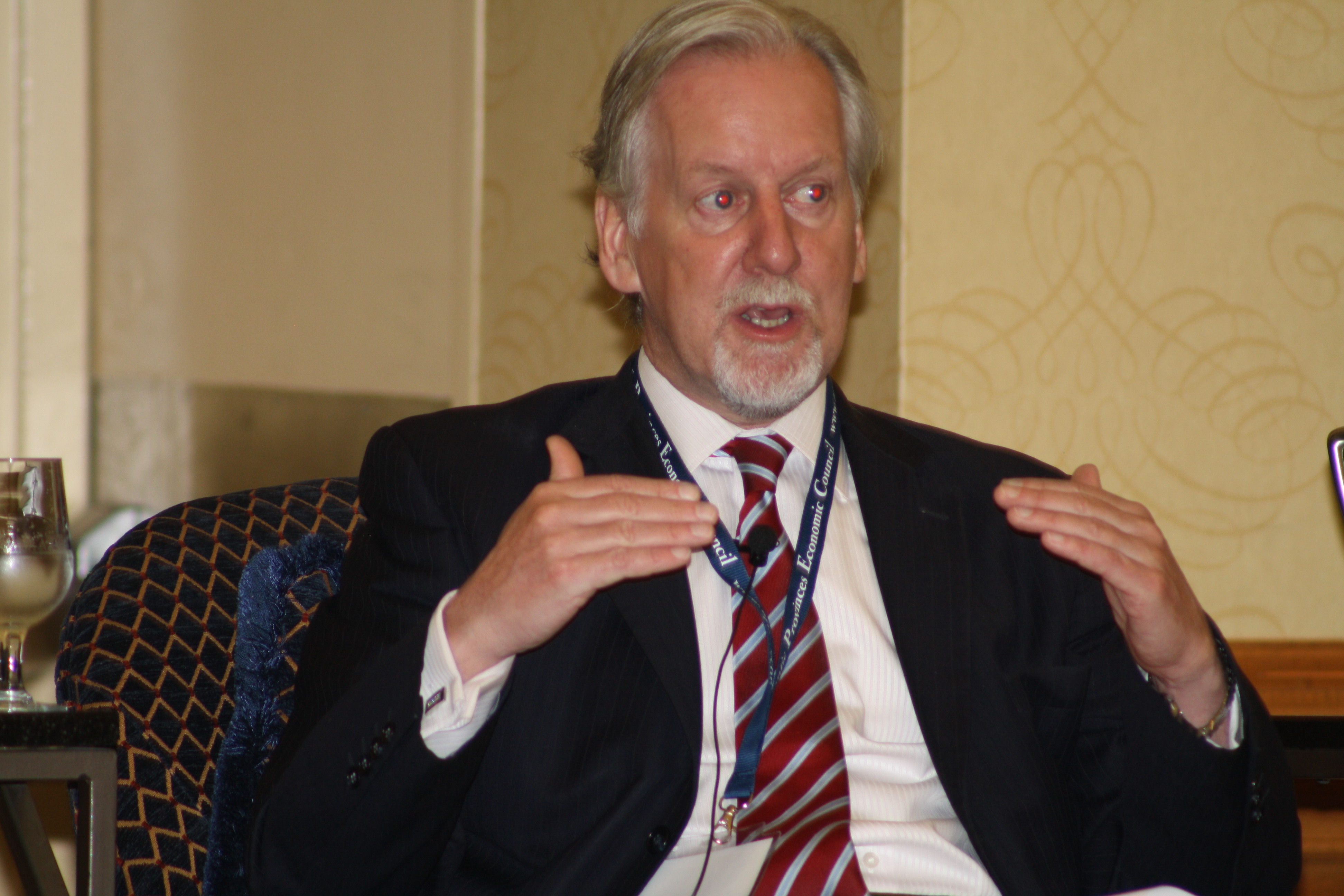 Panelist David Wheeler, President of Cape Breton University said thoughtful business leaders already see the writing on the wall and their risk management committees have been looking at options for years and understand how to take advantage of it. Competitiveness and a sustainable environment are not mutually exclusive.

The issue requires leadership, he told the crowd. We have to work on public education, but mostly we need to get our leaders engaged in a way that they see it as a strategic opportunity. He said an all-party committee to look at carbon pricing would send a strong signal.

He suggested there are all kinds ways to spend new carbon tax revenues, but suggested at least part of the money has to be funneled into innovation. It can’t all be spent to simply reduce taxes.

And with the right positioning, he said there is an opportunity for a massive “win-win,” using the carbon revenues to leverage a provincewide campaign on energy poverty that “could be the biggest social policy success of recent decades.”

Marty Janowitz: The Threat is in Not Moving Forward 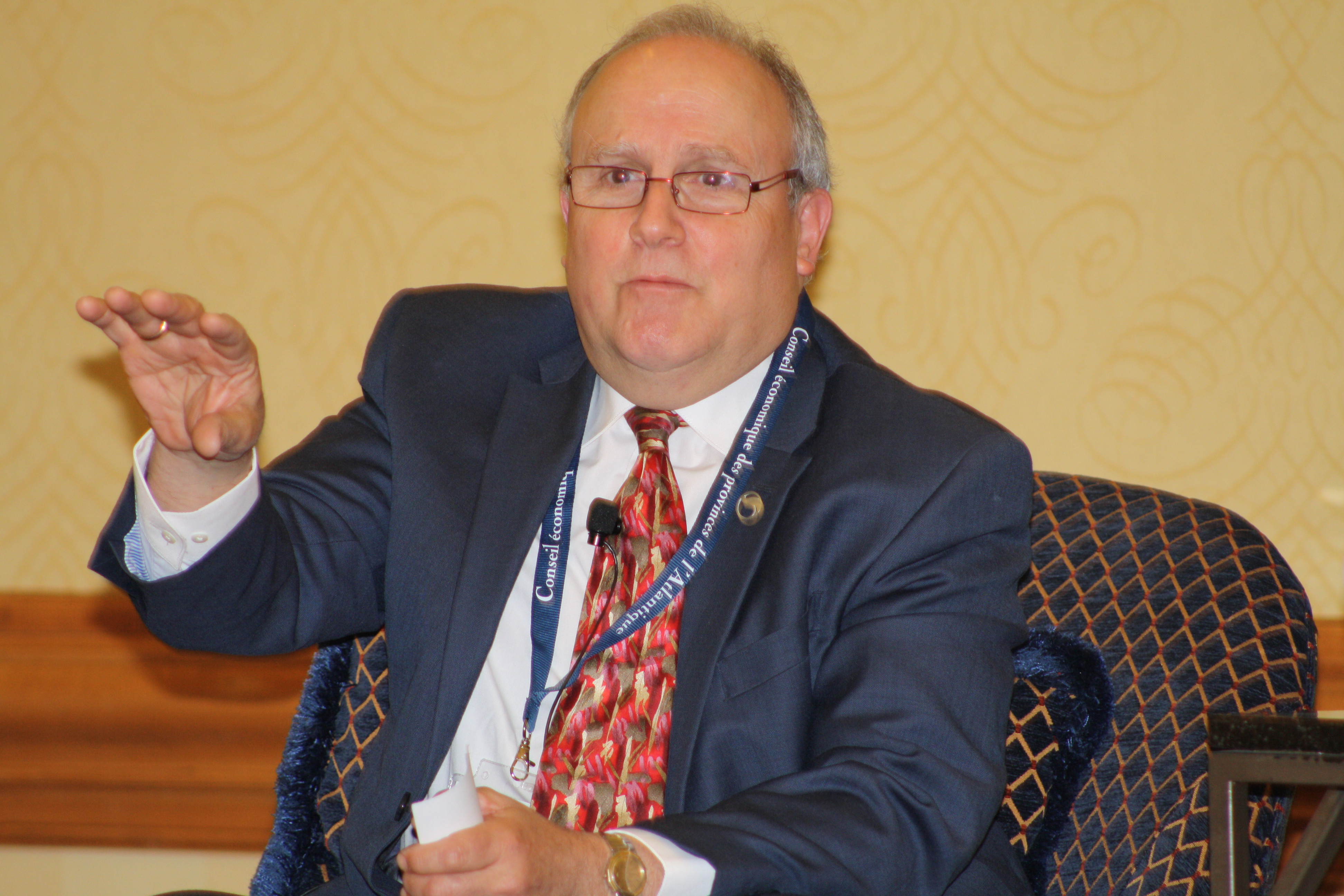 The Chair of the Nova Scotia Roundtable on the Environment and Sustainable Prosperity (and Vice-President Sustainable Development, Stantec) said there will be challenges developing a policy, but the bigger danger is not moving forward. If we sit on the sidelines and allow the global economy to move forward, there will be a threat to our competitiveness. External standards will be put in place that we will be unable to meet. If, however, we figure it out, we can stake out a leadership position in clean tech, or other innovations, and we can export those solutions to similar sized jurisdictions.

He spoke optimistically about the possibilities for innovation and improving productivity. Scale is a challenge, he noted, and the system would work better with an Atlantic approach, but at this point and time he doesn’t see “a carbon party” willing to lead the charge. The worst thing that could happen would be for the issue to become a political football split along party lines.

Asked if Nova Scotia could go it alone and join other jurisdiction as they came on stream, Mr. Janowitz was enthusiastic. “We have to start somewhere. Policy is malleable. Once we are in the soup we can build out from there.”

Carbon pricing is part of a larger economic solution. It is a connector that can tie together social policy, justice issue and the economy. It provides opportunities in the oil patch and positions Canada for greater participation serving global export markets. With collective action it is a path to sustainable prosperity.

For more information on Canada’s Ecofiscal Commission, check out their website.

The Atlantic Provinces Economic Council is an independent think-tank dedicated to economic progress in Atlantic Canada. APEC is a trusted source of analysis and advice on current and emerging trends in the region's economy. Please visit our website for more information: www.apec-econ.ca