A Brief History of the Atlantic Provinces Economic Council

The Atlantic Provinces Economic Council (APEC) was founded in 1954 by members of the business community in the region interested in pooling their talents to explore the opportunities of greater economic co-operation. 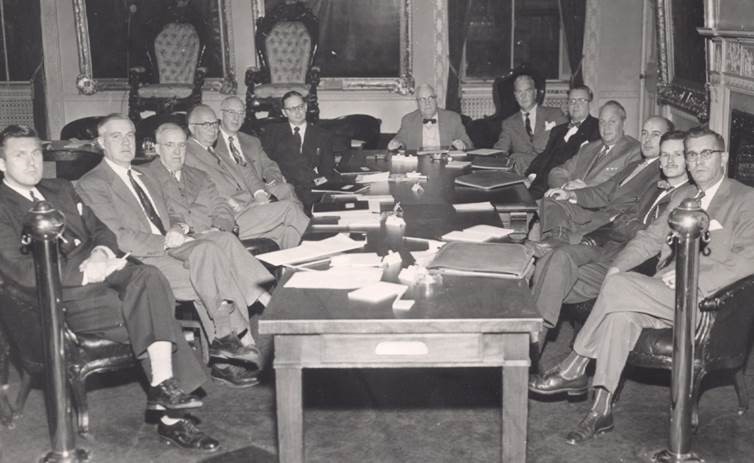 Born from the 1951 Blakeny Report which called on the provinces “to do less clamouring for (federal) government assistance” and do more to help themselves, the formation of the Council was driven by the Maritime Provinces Board of Trade.

With the proclamation of the APEC Charter in Ottawa in 1955, the organization was called to “discover the forces which should make for economic growth and stability” in the region and offer “recommendations concerning methods calculated to ensure its economic future.” Although the organizations mandate has been fine-tuned over the years, APEC’s current research and policy work affirms those founding principles.

APEC’s initial work focused on the region’s primary resources and the need to establish cornerstone manufacturing firms. While research was at the heart of its mandate, it also served as a regional business promotion agency, hosting trade shows and promoting sales tours. 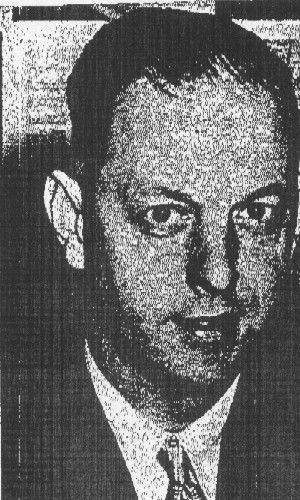 Early research and direction was guided by Executive Manager Nelson Mann (1955-1969) and Chief Economist Arthur Parks. A small team of permanent staff carried out the research and shared the results with the membership.

The Executive Manager’s Report of 1958 portrayed APEC as a self-help organization. “This means putting our (the Atlantic Provinces) own shoulder to the wheel and making it turn to our own advantage,” wrote Mann.

APEC’s first research was mostly inventories of Atlantic Canada agriculture, forestry and manufacturing industries. Its effort pre-dated the development of Statistics Canada, and in fact had economists before most government departments of the era.

Over time as the federal government took greater interest in the social welfare of its citizens, the APEC  research effort matured into focussed data presentations that could assist in specific policy development. APEC has maintained throughout its history strong ties to the concept of independent research that leans toward detailed analysis using scientific methods rather than public opinion polling.

By the mid-60s, the idea that promotion and market research alone could increase economic development had fallen out of favour and the Council was putting greater emphasis on advocacy. It took on the role of informed policy critic with enthusiasm and began pushing for the federal government to assist in the development of the region.

On the policy side its call for manufacturing cornerstones morphed into support for the idea of growth centres. The policy tools being advocated to spur economic development included federally-funded industrial parks and capital grants to expand existing firms. 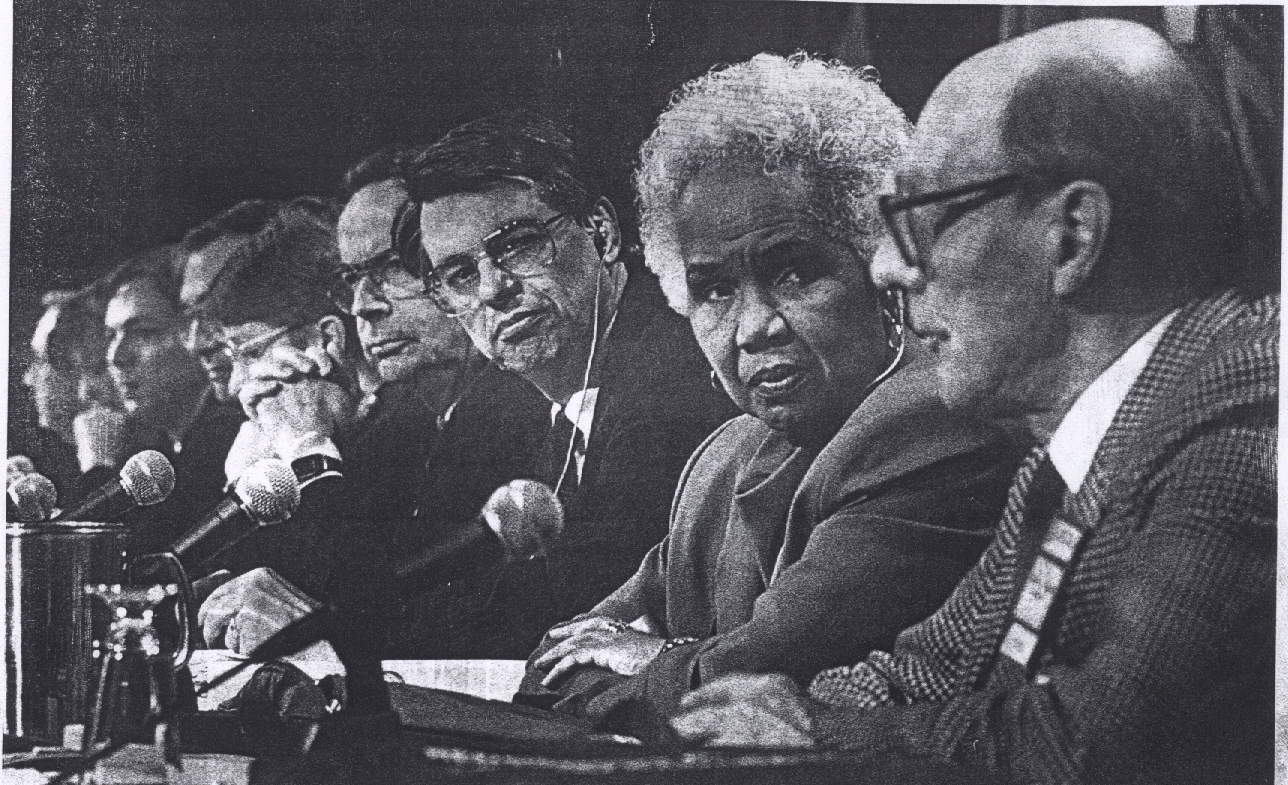 By the 1990s, the Council was retreating from its advocate role and returned to its roots, arguing the provinces had to play a larger role in their own economic development. Inter-provincial cooperation of policy areas such as energy and offshore exploration were highlighted.

Keeping members apprised of APEC’s research and events was of key importance. A newsletter filled with research findings and snapshots of the political issues of the day was distributed almost monthly from August 1956 until 1994 when it was discontinued.

Some items in the newsletter remained constant: the analyses of forestry, fishery, agriculture and mining recurred almost annually. Others, such as Maritime Union, appeared, were dissected and pronounced upon, and then disappeared. During the 70s, the newsletter evolved into a series of long monthly essays on a single topic, but in the 80s reverted to the newsy collection of short items. 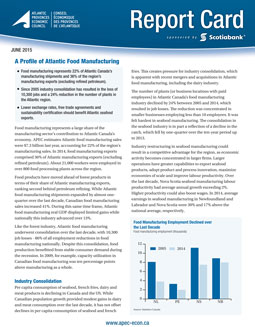 Atlantic Report, the Council’s quarterly report on matters on interest, with provincial economic analyses, was first issued in January, 1966. Now delivered in a magazine format and electronically online, it remains one of the Council’s most sought after publications.

The Council`s annual Major Projects Inventory, an overview of projects expected to exert influence on the economy, was first produced in 1982 and tracked projects worth $38 billion. The 2016 edition tracks developments of $125 billion. Since 2008, the Council has hosted a series of keystone conferences on the Inventory, with APEC economists providing detailed analysis derived from its findings. In 2015, it introduced a Major Projects mapping tool which can be used to locate projects on a regional map.

As an additional way of driving member engagement the Council also produces a Report Card, a smaller, sponsored, issue-focused quarterly publication. It provides an examination of industries, provincial budgets and economic trends, with findings that can be used by businesses to enhance or adjust their planning. It is distributed electronically but is available on a limited basis in a print format. One of APEC's strengths has been its ability to shape policy research based on input from its members.